Turkey’s military is incredibly opaque. However, it appears as if open source satellite imagery is allowing us analysts to peel back the shroud of secrecy about Turkey’s use of Israeli made Heron drones. News reports indicate the Turkey conducted the acceptance tests of the UAV in Israel in February 2010. However, there are conflicting reports about their current status.

After the Mavi Marmara incident (31 May 2010), the Jerusalem Post reported:

Israel Aerospace Industries (IAI) and Elbit Systems Ltd. recalled teams of engineers and flight instructors who were teaching the Turkish military how to use the Heron unmanned aerial vehicles (UAV) that had been supplied to Turkey as part of a $180 million deal signed in 2004…in response to the withdrawal of the Israeli teams, the Turkish military has implemented “Plan B” and instead of the Heron drones is now using a Turkish-made drone called IHA, which is manufactured by Bykar.

That report does not appear to be accurate.

Defense Minister Vecdi Gönül, for example, indicated on 14 June 2010, “We no longer have any serious projects. Israel recently handed over four Herons.” As of 17 March 2011, the satellite imagery clearly shows that Turkey had received the Heron.

The hangar resembles the following two hangars that were built at Batman airbase after the Heron first appears on satellite images. On 17 March 2011, one can clearly see that there is construction on the left side of the concrete pad near the runway at Batman airbase.

On 9 April 2012, the photos show two completed hangars that strongly resemble the Heron hangar pictured above at Tezpur airbase in India.It also appears that at the bottom of the concrete pad, a small building has been built to house the control station. 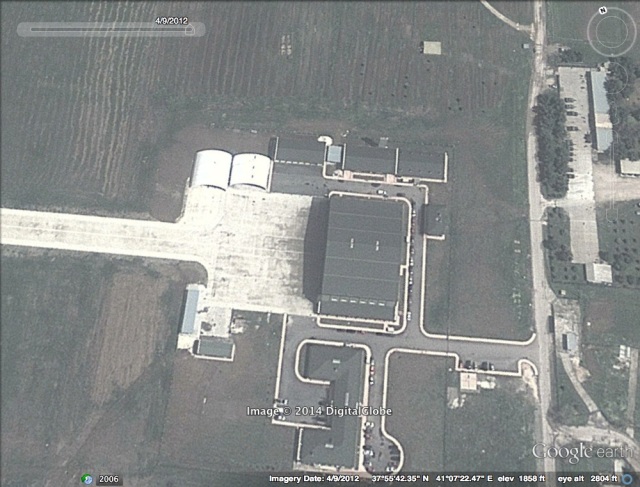 I am an Istanbul based PhD Candidate a King's College London.
View all posts by aaronstein1 →
This entry was posted in Uncategorized. Bookmark the permalink.